Welcome to this months Pinworthy Blog Tour with the RemARKables!  The featured theme is all about Shapes and Geometrical Designs!  For my projects, I decided to feature the Geometrical Stamp Set and specifically featuring Triangles.  You'll be able to visit our Pinterest Pages to see additional ideas and more that we pin throughout the month so you'll want to make certain to "Like" my Pinterest Page and especially my "RemARKables Pinworthy" board.

So, welcome to the June 2014 Pinworthy Blog Tour with the RemARKables!

I'm so excited to be sharing some fun projects featuring the Geometrical Stamp Set celebrating Father's Day.  The first project is a Fun Card featuring Triangles and the Starburst Framelits Die along with the NEW Star Punchk…  You'll find that it is a very easy card to create but has lots of fun elements while featuring the NEW 2014-2016 In Colors.   For the second project, I am featuring the NEW Stampin' Up! Hamburger Box Sizzix Bigz XL Die!

The card base is Whisper White layered with the Lost Lagoon Cardstock.  On the top layer of Whisper White cardstock, I stamped the zig-zag pattern from the Works of Art Stamp Set using the Hello Honey Classic Ink.  To create the the background chevron pattern in three shades, I started on the lower chevron after immediately inking the stamp then continued to stamp without re-inking which is known as a stamping-off technique as you stamp off the ink.  Then I used the Gorgeous Grunge Stamp Set stamping the "ink blotches" with the Lost Lagoon Classic Ink.

For the geometric portion of the card, I used the Geometrical Stamp Set and stamped the triangle images using Lost Lagoon and Hello Honey Classic Ink which I then punched out using the Triangle Punch.  The Happy Father's Day sentiment I took from My Paper Pumpkin Kit (I absolutely LOVE the improved Paper Pumpkin Kits – they are SO much fun!) which I stamped with the Lost Lagoon Ink and cut out using the Starburst Framelits.  Next, I punched out the stars from Hello Honey cardstock using the NEW Itty Bitty Accents Punch Pack.  The final accents I added was the Rhinestones – I figured they would be OK on a masculine card :)…  Just think of sparkling stars!

My second project today features the NEW Hamburger Box…  Admittedly, I really was on the fence about this die but I was able to get it at 1/2 price as part of a Hostess Benefit and it really is starting to grow on me.  For the box itself, I used the Lullaby Designer Series Paper.  On the top of the box, I added a layer of Coastal Cabana cardstock to create a starting platform.  Next, I stamped the Happy Father's Day sentiment with the Hello Honey Classic Ink and cut it out using the Starburst Framelit.

So, I hope you enjoy the projects that I've shared with you today.  I invite you to pin any of my creations to Pinterest and to share your thoughts or questions by leaving me a comment.  I love hearing from all my readers!

To continue on with the next blog on the Pinworthy Blog Tour, you'll want to visit Janet Wakeland!  I'm certain you'll enjoy the projects she has to share with you!  To view her blog, you can click on her name or on the Pinworthy Button.

Pam Staples – YOU ARE HERE Pam Staples is a Stampin' Up! Independent Demonstrator located in Smithfield, NC just southeast of Raleigh, NC. Pam is a mom to a special needs child, wife and 2x Cancer survivor.

CYCI 88: Thoughts and Prayers for a Family Friend 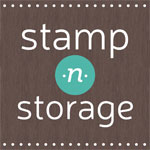 The content in this blog is the sole responsibility of Pamela Staples as an independent Stampin' Up! demonstrator. The use of and content of classes, services or products offered is not endorsed by Stampin' Up!